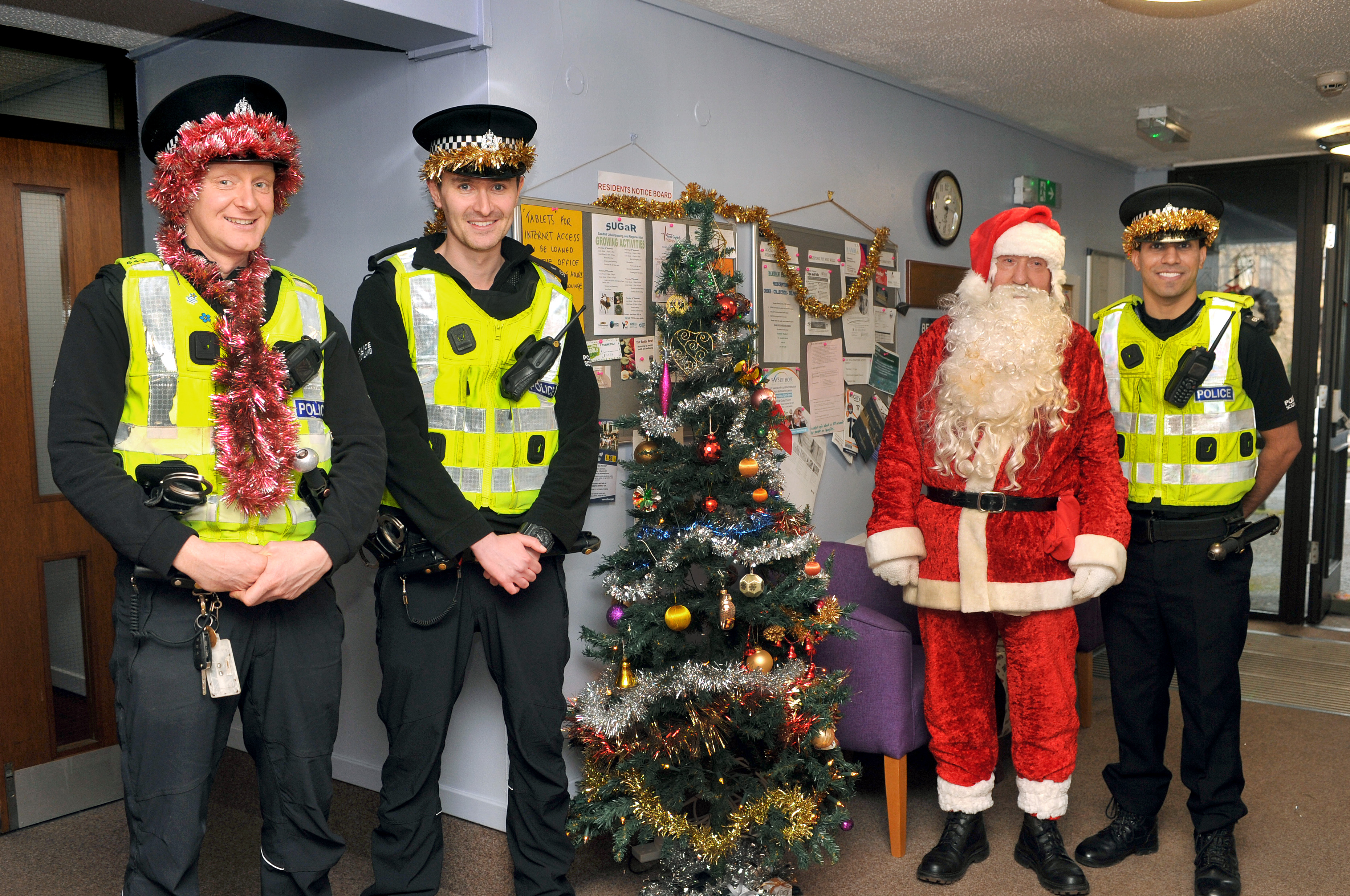 As part of the Glentanar Court Social Group, tenants organised a Christmas party for residents of Women’s Aid who had been affected by domestic abuse.

All of the delicious snacks on offer were funded by Cairn’s Community Fund and, on top of that, tenants spread the word to local people and businesses for any possible donations. Mecca Bingo were kind enough to hold a collection of toys for the children, as well as there being some gifted by the friends and family of Glentanar Court.

As you know, Santa’s kind of a big deal. That’s why it was important for him to be escorted straight into the lounge by the Community Policing Team.

Mums were given goody bags filled with essentials such as perfume, fluffy socks, and toiletries – even the Women’s Aid workers were handed a bouquet of flowers. After the party children were able to sound the ‘neenaws’ on the police car, which one 2-year-old was especially excited about.

If you’re a Cairn resident and you have a great idea for your community, you can apply to the Cairn Community Fund.

A thank you to Roberto Cavares from the Paisley Daily Express’ who took the photographs for the event.